Mountain biker and ERC member, Sean Flynn was chosen for the GB team to ride the 4 stage Tour de Yorkshire. If that was not enough, on the first 182.5km stage From Doncaster to Selby. He got into a 6 man break that stayed away until almost the end line. That group included fellow Scot, Joe Nally. Sean lasted in the group until 130km, his usual race distance. He finished in a 3 man group that included WT pro Pierre Roland.

The photograph shows him following the 132km second stage in Bedale after finishing 'comfortably' in the bunch. He was quoted as saying that the stage 'wasn't too bad'. Perhaps that depends on your perspective.

Congratulations Sean, you're doing us proud. 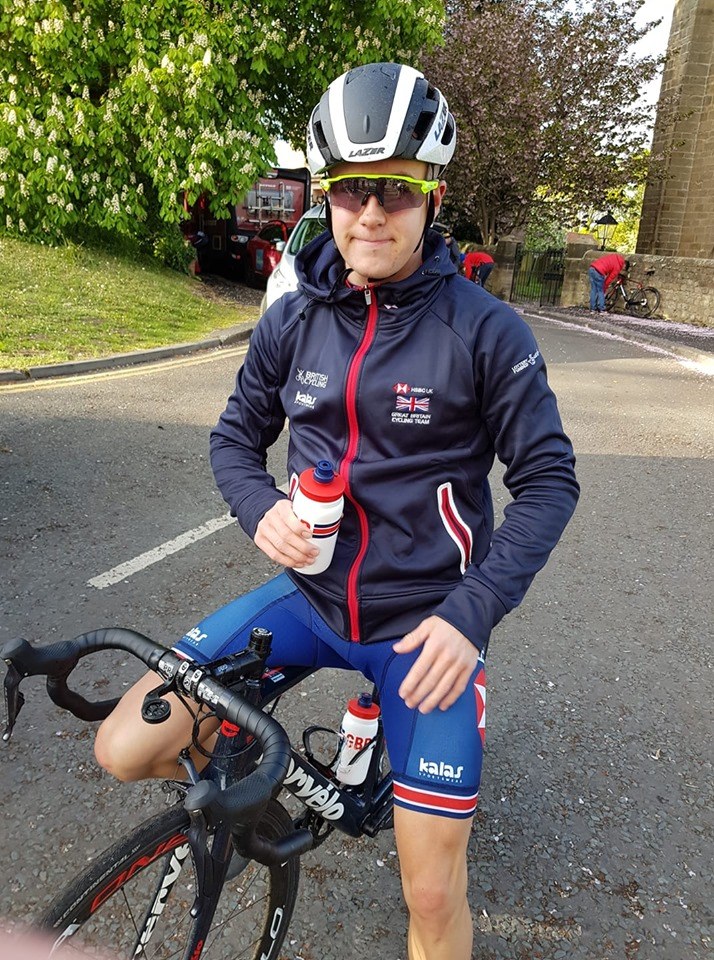